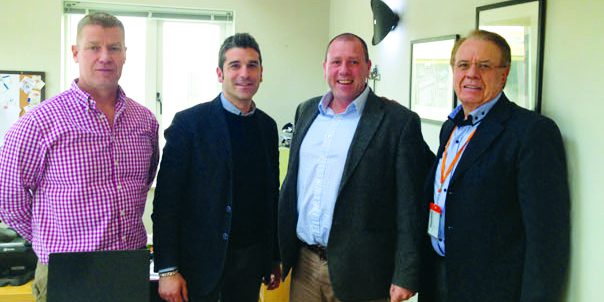 Hollow core slabs and T-beams are the main specialties of Milbank Concrete Products Ltd, operating in Colchester Essex from 3 large factories over an 8 acres site. It is a family run business that prides itself on a strong reputation for reliability. The company currently employs 164 full time personnel 44 of which make up 11 teams of directly employed highly skilled fixing teams that have a wealth of experience and training, this along with it’s engineering and contracting departments make sure that all of its projects are carried out with in house personnel.

In 2014 Milbank embarked on a study of how to modernise and improve their processes to make the manufacture and distribution of the concrete as efficient as possible and minimize the down time experienced with the old plant.
This consequently led to a significant investment throughout the entire factory including mould redesign and replacement and, after many months of deliberation it was decided to start this process by means of the concrete plant, namely the concrete distribution system.
However once discussion started it soon became apparent that the best course of action was to embark on the complete upgrading / replacement of the batching plant.

After years of service the concrete mixing was out-dated and there were far more advanced ways of improving the consistency and quality of the concrete, especially the distribution system, which was problematical in Milbank’s factory.
It was also imperative to upgrade the whole system to keep up with the intended new and additional moulds.

The task of replacing the key structures and the major pieces of crucial production machinery without losing production itself was of primary importance to Milbank as it had a full order book and didn’t want to let its clients down.

Milbank spoke to several potential suppliers of batching plants and MCT Italy was able to offer a complete solution to meet all the demands and requests given by Milbank.
It was this flexibility of approach and solution offered that allowed Milbank to select MCT Italy as their preferred supplier of choice.

The package MCT worked out to fulfil the complex request included the engineering of the aggregates section of the batching plant, with the replacement of the hoppers which were integrated in a concreted structure to be re-used the replacement of the aggregate weighbatcher with a complete new mixing section engineered to fitthe current building space available.
With the mixer and new skip hoist, and the complete new distribution system by dual flying buckets which were to serve the proposed 13 x 100m beds of the production building along with removing the inclined tracks, which constituted one of the biggest issues in the previous configuration.

The challenge on the project development was even harder since the production demand at Milbank couldn’t allow even a minimal shutdown of the factory for the retrofit.
Here MCT came up with a very flexible solution which involved it’s designed and built smart mobile plant type MCR ‘on the road’ to ensure the concrete production was manufactured/batched outside the factory and then moved by conveyor belt into the existing distribution line over the 8 week period required for the retrofit of the plant and distribution system to be completed.

This allowed Milbank to fulfil their production programme and to avoid purchasing concrete from external sources, where no doubt some control would be lost and be able to create some great savings in the process.

After the quick installation of the MCR plant, and Milbank confident that their concrete distribution was running perfectly the old plant was switched off, powered down and the stripping and safe removal of the structure and the main concrete plant was under way.

A massive advantage of the MCR was that the proposed mixer operators were trained on the operation of the MCT ‘Compumat’ automation software and this was a great advantage as all the MCT plants operate on the same structure and this saved an enormous amount of time, once the commissioning of the main plant got underway.
As the main focus from training the new operators wasn’t as crucial anymore as they already had been operating the Mobile plants software then more focus could be spent fine-tuning the mixes.

In this provisional layout, the MCR mobile plant was engineered to feed the existing flying bucket in phase 1, while MCT crews were installing the first of the 2 new rail lines feeding the building.
Then,in phase 2 the MCR mobile plant feeding system was switched to the new flying bucket line, while dismantling the old one and reinstall the second new line, before switching to the new plant when the commissioning of the new fixed batching plant was completed and all its parts operating, ensuring a great level of confidence on the processes and without any possible blackout.

During this process the MCT crews dismantled the existing plant and re-installed the new equipment, which was customized by MCT technical departments upon the layout available and in true partnership with the customer to optimize the times involved for the removal of existing components and structures Milbank had in place.
The plant was designed around the new planetary mixer of 1.5 m3 output, feeding 2 lines of flying buckets which are then respectively feeding 7 hollow core beds and 6 T-beams beds, although theoretically either product can now be made on any bed being fed by either flying bucket giving total manufacturing flexibility.
The integration of the rail supports allowed MCT to demonstrate its engineering skills and the ability of the technical department being able to design customized and tailor made solutions.

The plant not only had the mixing group and concrete distribution system replaced, Milbank also took the opportunity to upgrade with: new aggregate extractions (by clamshell gate for coarse aggregates and extracting conveyor belts for sand), dosing systems for aggregates, cement, admixtures and water along with a complete automatic washout system for mixer and flying buckets.
They also had a customized control room, and the integration of Milbank’s existing water recycling plant into the new software.

Also the cement silos layout has been redesigned to meet with the new demands and regulations, with the replacement of 2 silos and the refurbishment of an existing one with new accessories.
One of the new silos was used in the provisional layout of the MCR mobile plant and then relocated in its final positioning once the main plant was commissioned.

The complete installation is operated by the MCT ‘Compumat’ platform that integrates both the batching plant and concrete distribution in the same control system.
This is can be run from the main control room and or via a remote station in the production building from where the operators can run the whole system and call concrete directly from the beds area, access is via a system that was developed by MCT’s software department that allows Milbank to allow different personal different levels of access and control of the system via ‘swipe cards’ issued to individual members of staff, this again demonstrates the willingness to tailor make the plants to suit individual customer requests.

“The consistency and concrete quality exceeded all our expectations, and this was apparent within a couple of days of the mobile plant starting and has continued with the completion of the main plant” says Andy Mayne, Milbank’s Managing Director, “with the flexibility of the MCT system it ensures the best utilisation of our production sheds.
The cycle time has been consistently and considerably reduced along with our finished concrete strength increase with no additional cement or admixtures all by the automation and the plasticity control. In the end it was a very complex job in a factory that relied on maximum production, which has been successfully carried out by the MCT team, they met all our wishes and have delivered us a plant that now meets our demands now and also our demands and ambitions for the future.
Their engineers both on site and in Italy were extremely flexible and helpful with their support over the whole project development and they were a pleasure to deal with”.

MCT Italy are represented in the UK & Ireland by PUK Services who also worked closely with Milbank and assisted with project management during the design and installation phases of this complex project. 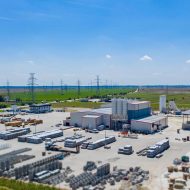 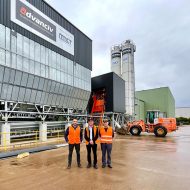